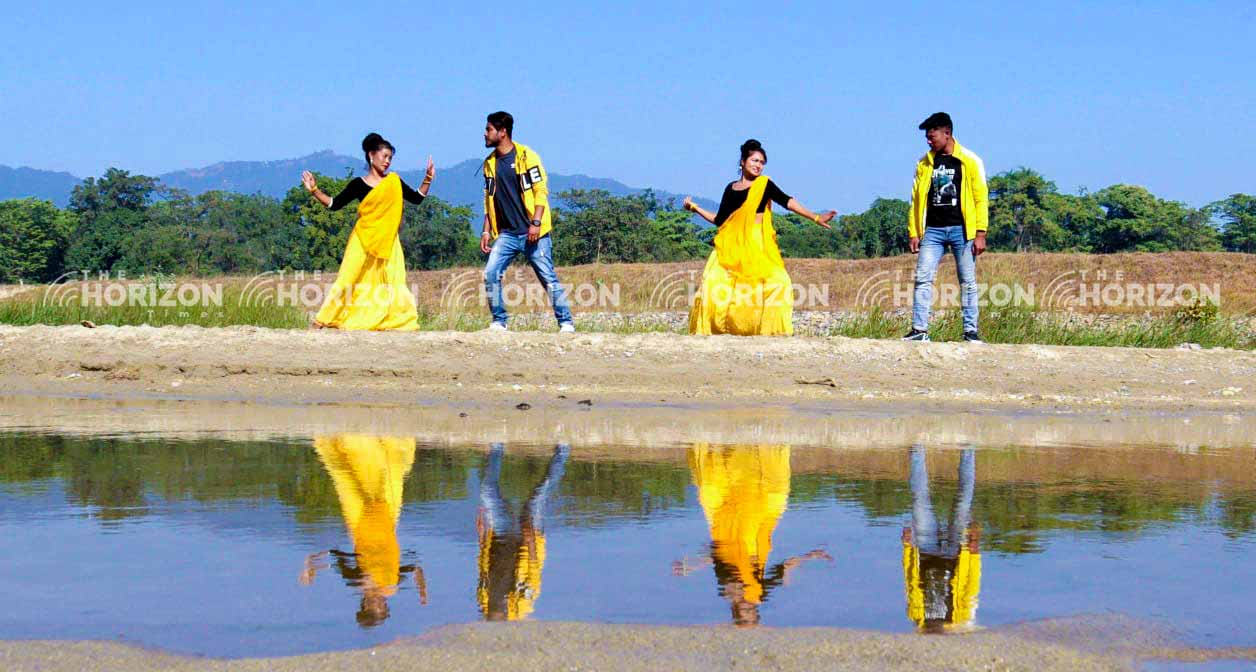 The musical field is exploding on Tharu festival, Tharu News

Kapilvastu, Nepal: The music field of the Tharu community has been making great strides in recent times targeting the Maghi festival celebrated by the indigenous community of the Terai.

According to the Tharu leaders, the youths have gathered at the places where the Tharu community is predominant in the country to dance and perform various cultural and public awareness programs as well as preserve their original identity.

Artists including Tharu songs and music have a very important role to play in making the program being organized meaningfully. Meanwhile, the music video of the song “Chudi, Payal Bindiya” sung by popular and melodious singers Bishnu Chaudhary and Kiran Chaudhary of the Tharu community has been made public.

The song in Tharu language was released by N.D Studio. It was made public on Wednesday.

The video directed by Akshay Chaudhary was shot and edited by Rakesh Chaudhary.

Singer Vishnu Chaudhary has started gaining a lot of attention in the field of singing in a short time. Singer Chaudhary said that he became popular in the Tharu community by singing Tharu songs Bhojpuri and Nepali songs as well. Singer Chaudhary’s first Tharu song “Jhumjhum Ke” has been gaining acclaim with immense success.

He also said that “Chudi, Payal Bindiya” is expected to win the hearts of audiences and viewers.

Singer Chaudhary informed that the youth of the local Tharu community have been included in his music video as a chorus. Singer Chaudhary said that the music video is very much liked by the current audiences and viewers and with their help and support; they are still encouraged and inspired to move forward in this field.

He also said that such entertaining, romantic music videos that give a glimpse of Tharu culture will be brought among the audiences.

In this music video, the artist has claimed that the word choice of the song and the history, culture and protection of the Tharu caste will be included in the picture adorned in the Tharu cultural costume.

Singer Sargam Chaudhary said that the music video will be very popular among the audiences and viewers as well their love and encouragement will boost us.