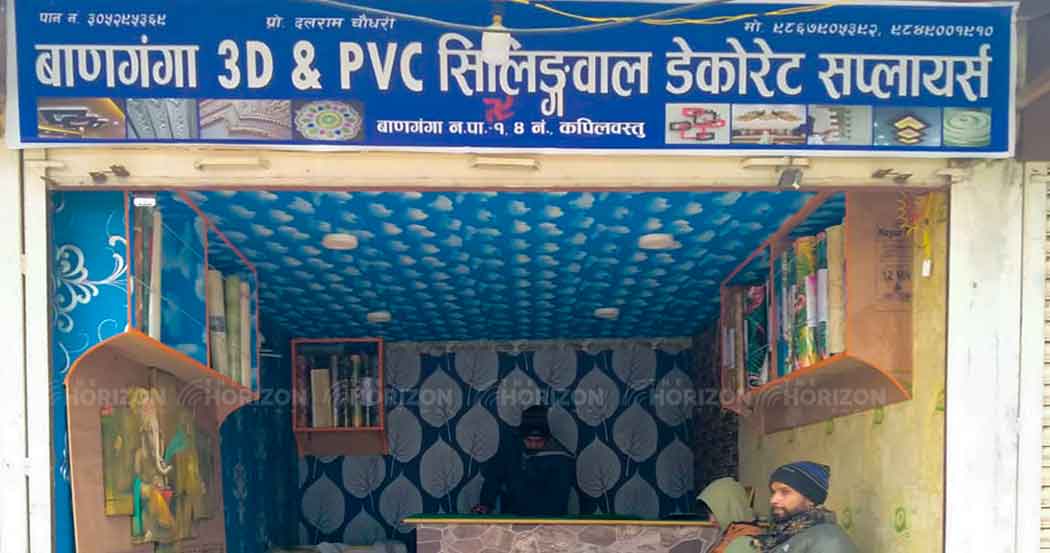 Utilizing aboard skills for self-reliant

Kapilvastu, Nepal: A young man from Kapilvastu has run his own business using foreign experience for nearly a decade. Dalram Chaudhary, 36, of a normal Tharu family, has run a shop in his village saying that the youths who have returned to Nepal after living abroad for a decade should do something.

Initiating in own country is everything rather than staying to foreign so 3D and PVC ceiling wall decorating suppliers have been brought into operation in Banganga-1, Jitpur No. 4 of the district from Friday.

Manager Chaudhary informed that this is the first time he has run this business in his own beautiful city Jitpur.

The proverb that if you struggle in own country, everything is possible; you will be self-reliant and satisfied when the skills that are available in this field, said Manager Chaudhary. He also said “People should be happy with what they have, even they are earning less,”

Operator Chaudhary added that there is an arrangement to decorate the house or room with posters and prints on the walls.

Chaudhary, who currently has four families including his wife and a son and daughter, runs his daily shop. He said, “I am utilizing decade of foreign experience and skills which were earned in Dubai, Qatar and Malaysia.”