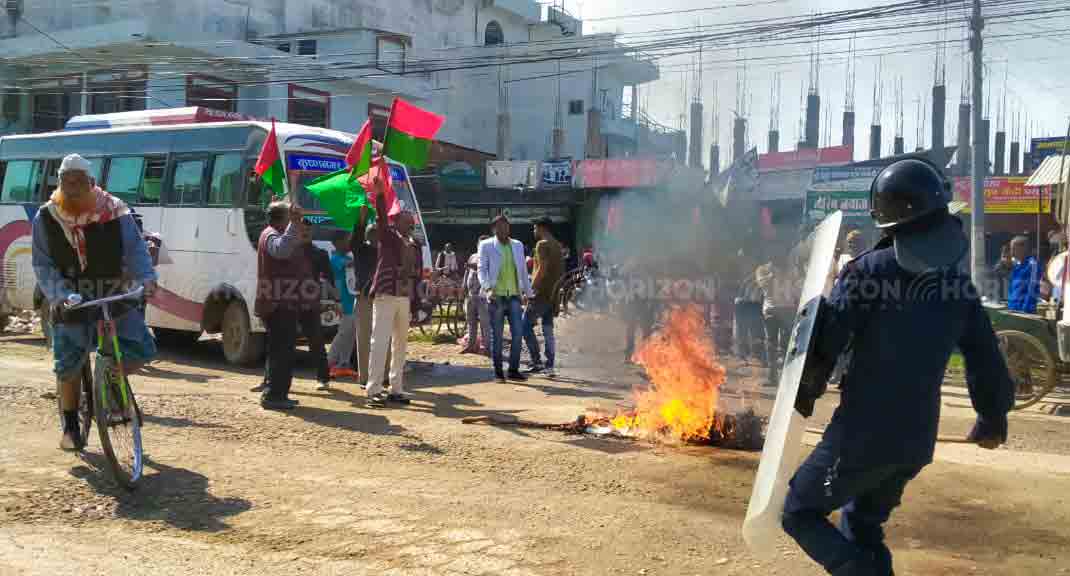 Addressing the effigy burning program, JSP Central Adviser Ilyas Musalman said that JSP was compelled to protest against the unconstitutional, undemocratic and regressive move taken by the KP Oli government.

He said that the country was going through a transitional phase and accused Oli and Prachanda are trying to divide and subdue the entire country.

According to the Muslim, the idol was burnt to protest against the oppressive government that is currently ruling the country, which is being protected by the indigenous Tharu community of the Terai.

JSP state member Hiralal Yadav accused the ruling party of trying to destroy the country by killing themselves including common people to fulfill its own interests. He said that the country was being overwhelmed by confusing the common people.

Similarly, Menaj Khan, a youth leader and JSP state vice-president, said that the unconstitutional move taken by the Oli government was against the interest of the people. He said that the Janta Samajbadi Party (JSP) was compelled to hold a program to burn Oli’s idol.

He also warned that if the government does not withdraw its unconstitutional measures, the protests will continue.

Similarly, Rahis Shah, a young leader of the Janata Samajbadi Party, has accused the communist government of cultivating lies. Stating that the CPN and the Nepali Congress have been misleading the common people for years, he said that such an unworthy government would not be acceptable to the people.

Stating that the present government has sidelined some people, Shah suggested the common people to join hands with a good politician and build a prosperous society by working hand in hand with him.

He expressed the view that the communists failed do even small things in villages and towns by showing big dreams to the people during the election.