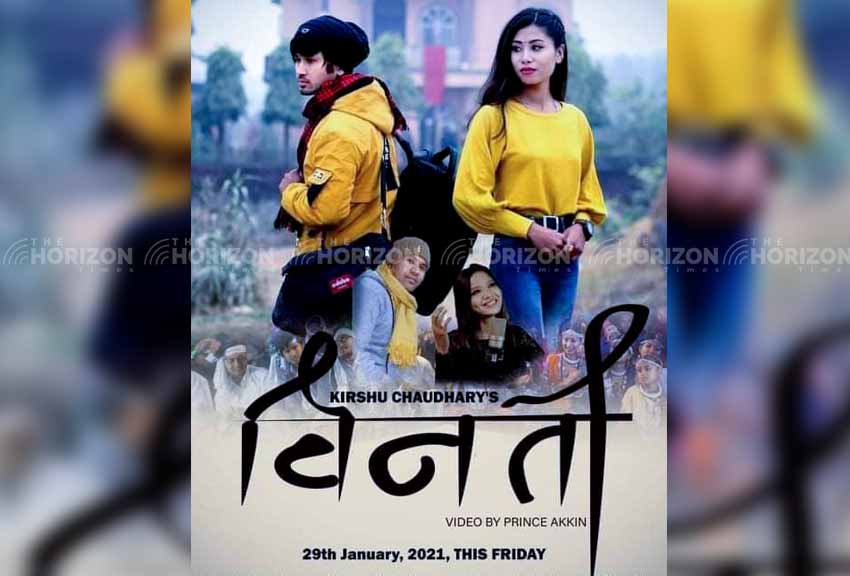 Kapilvastu, Nepal: The music video of Tharu‘s traditional and culturally rich song “Binti” has been released by ND Studio.

Singer Krisu Chaudhary informed that a cultural music video in Tharu language, which includes the ancestral customs and dress of the Tharu community, is made public on Friday.

The song has been composed by Kapilvastu singers Krisu Chaudhary and Annu Chaudhary. The music is composed by Vishal Niraula and the song is recorded at Alankar Digital Recording Studio.

Prince Yakin and Anup Mahato are in the lead roles on the screen of the music video “Binti”.

Prince Yakin himself has directed.

According to Shyam CT, District President of the National Tharu Artists’ Association, Kapilvastu, one or two music videos have been released almost every day. Stating that it is good for the development of Tharu art world, he said that it is also necessary to bring uniformity.

Singer Krisu said that the local artists of Rupendehi Jhanda acted as the chorus of the video.

The “Binti” team is confident that this music video will soon become popular among the audience and win the hearts of ordinary Nepalis.