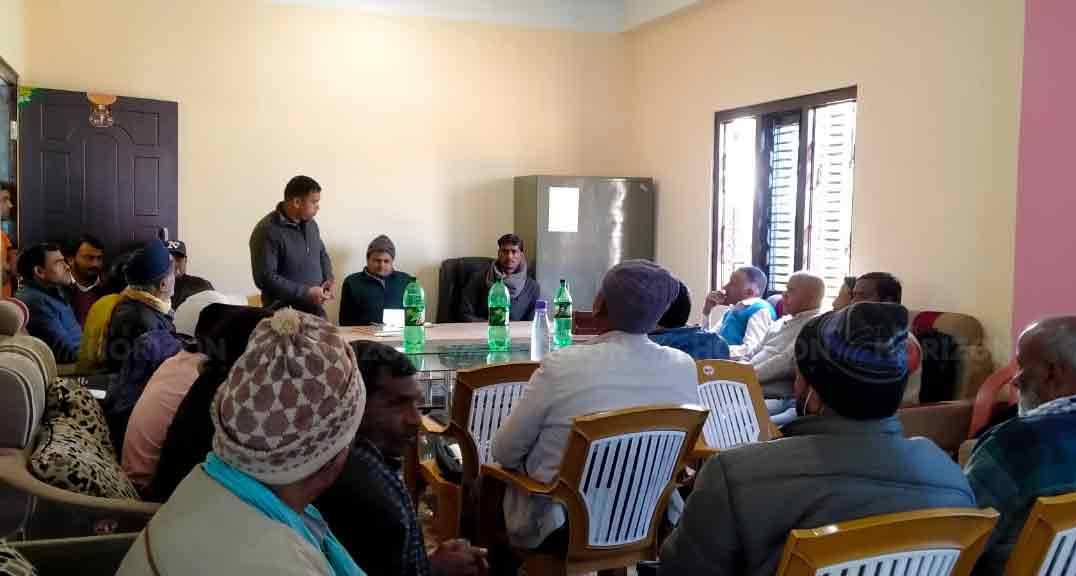 Kapilvastu, Nepal: The fourth general meeting of the Gautam Buddha Partnership Forest Management Committee has been concluded. The general meeting of forest management in Vijayanagar Rural Municipality-6, Ujjalpur of the district was held on Thursday, according to the committee.

In the annual report submitted by Assistant Forest Officer Sanjay Kumar Mishra for the last fiscal year 2076-077 B.S, it is mentioned in the report that the turnover was NRs. 529.63 million approximately.

Similarly, Mishra has been providing employment to hundreds of people by investing in other areas of the forest including return of encroached forests, management of tree planting, lakes and dams, social development, purchase of kits for Covid-19, construction of wires, plant production and construction of buildings as well.

Chairman of the Forest Management Committee Janaki Prasad Yadav said that 79.79 hectares of Nepali land encroached by neighboring India has been brought back.

Stating that the committee has played a significant role in making the forest area green, Chairman Yadav also said that the government has scrapped the scientific forest.

The forest has been influencing the general public in the field of education and skills by investing money on many social activities even before this.

Chairman Yadav said that he has contributed to the development of the society by contributing in many areas through forests in the remote Vijayanagar of the district.

He said that as there is a forest bordering India, there are obstacles in the way of work.

Chairman Yadav also informed that the general public can move forward by shaking hands consciously in this regard.

Most of the speakers at the event addressed the gathering and commented that the activities carried out by the forest have had a positive impact on the society.