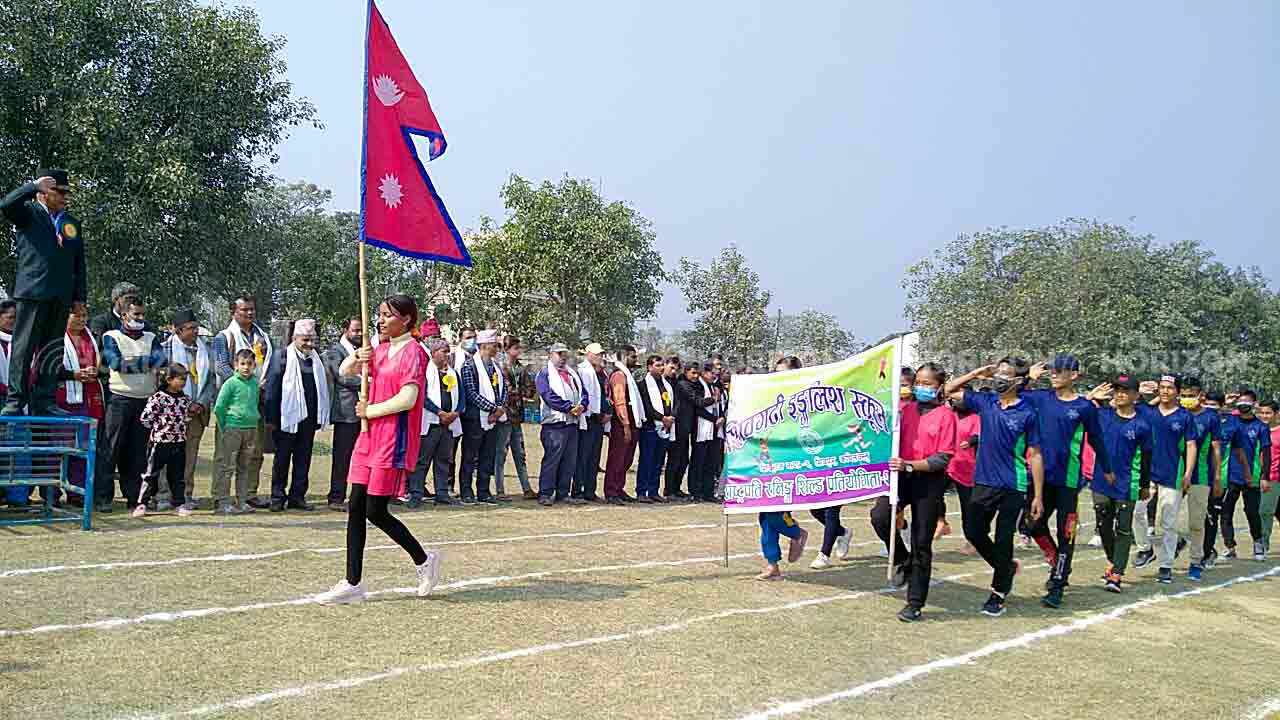 Similarly, 34 types of games will be organized for the Presidential Running Shield competition and 5 types for the Mayor’s Deputy Mayor’s Cup.

Inaugurating the game, Netra Raj Adhikari, chief of Shivraj Municipality, said that the municipality has given priority to the game as the players can scale the name of nation.

Stating that sports games have been organized in the past years as well, the sports festival has been organized for a week this year. He also expressed the belief that sports competitions would help the youth to get rid of drug addiction.

The mayor urged the players to play according to the rules as there are many games. Stating that the municipality is ready to encourage the players, the city chief stressed on the need to involve the players in the state level games.

According to Belbase, coordinator of the Municipal Sports Development Committee, competitions in volleyball, athletics and karate will be held at the school level in the Presidential Running Shield competition.

Fifteen schools will participate in the Presidential Running Shield competition, while 13 teams have registered for the Mayor’s Deputy Cup in football and 7 in cricket, said Belbase.