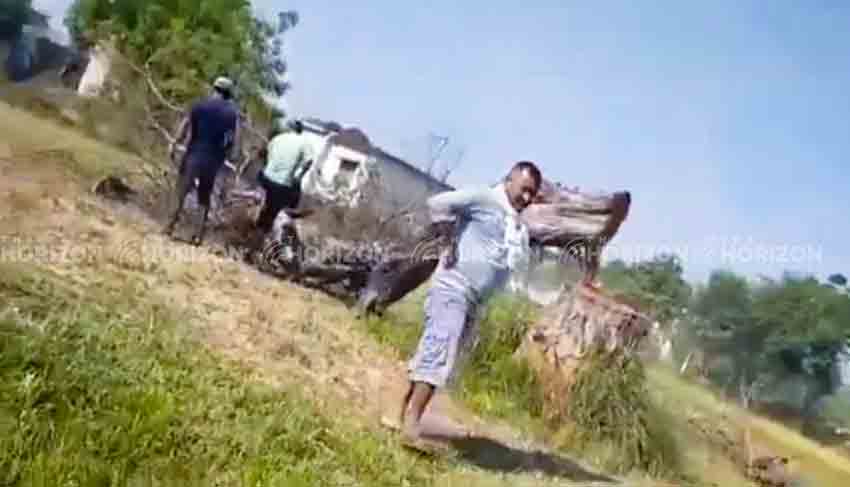 Four Khayar trees on the land at Bankatti in Shivaraj Municipality Ward No. 4 of the district have been illegally cut down in front of Khatri on Monday morning.

This incident in the presence of Khatri, a member elected from the CPN-UML in the 2074 B.S election, shows the indifference of the people’s representatives towards forest conservation.

While cutting down illegal trees, ward member Khatri, who was staying nearby and helping in logging, has been leaked clips on social media. It is clear that representatives are not accountable to the people’s will.

A team from Ward Police Office Chandrauta and Division Forest Office Gautam Buddha had reached the site on Monday morning after receiving information that illegal logging had taken place.

According to the Ward Police Office, Chandrauta, no one was present at the spot and the timber was handed over to the Forest Office.

Chief of the Forest Office Durga Karki said that he was in Kathmandu and an investigation is underway into the incident.

Assistant Forest Officer Ajaz Ansari informed that 107.64 Cubic Ft of timber was recovered illegally. According to the Division Forest Office, Gautam Buddha Chandrauta, an investigation is underway into who cut the tress.