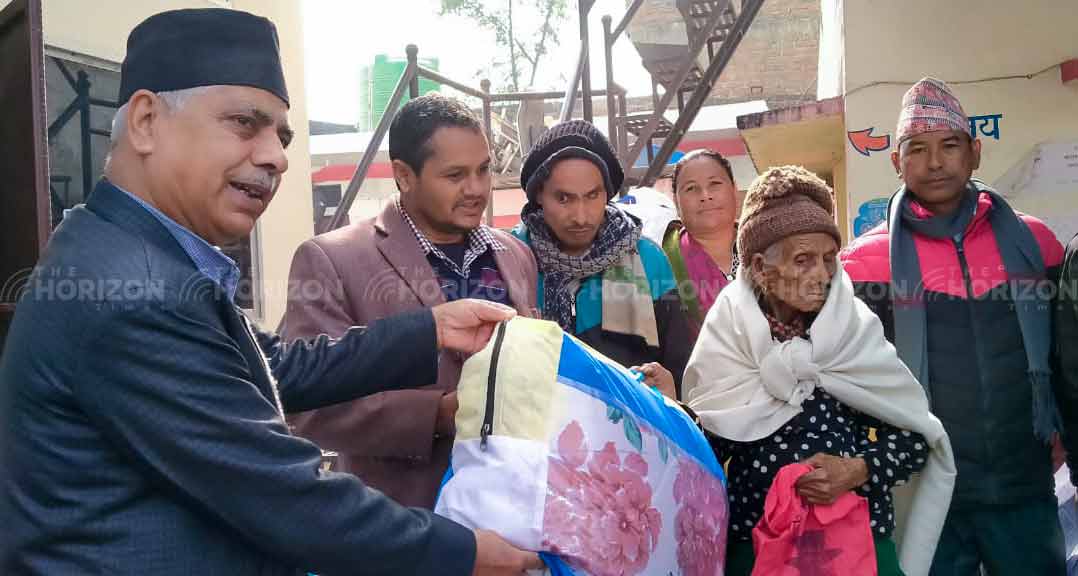 Respect to senior citizens in Shivraj

Netra Raj Adhikari, chief of Shivraj Municipality, while addressing the function, said that blankets were distributed to the senior citizens in winter to avoid colds, pneumonia and other problems.

He said that the blankets were provided to the senior citizens to make them feel warm even during the harsh winter weather.

Officials said that the municipality has come up with the scheme those who do not have food and forced to live under trees in cold weather. The program is being conducted in all the wards of Shivaraj Municipality, said the Chief Officer.

Similarly, Ward Chairman Teklal Sapkota said that a blanket has been distributed to the poor and destitute senior citizens in his ward.

He said that the senior citizens of poor families are forced to lose their lives due to the cold weather. So to protect them from severe cold, this program was launched.