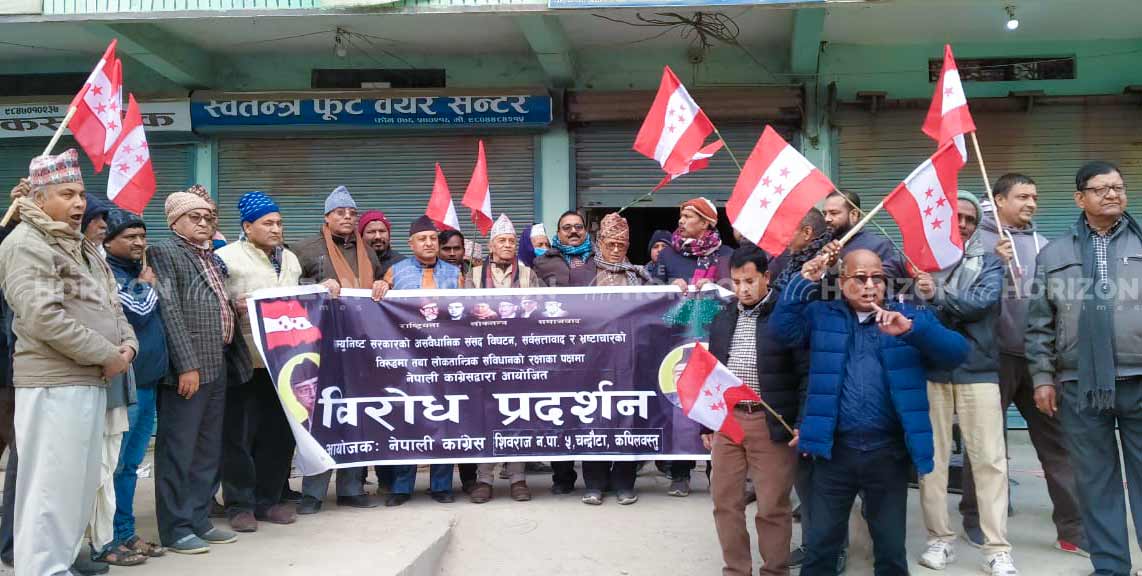 Strong protest by Congress in all 11 wards of Shivraj

According to the Municipal Committee, the Congress has been staging nationwide protests against the dissolution of the parliament as per the directives of the Center.

It is said that Congress Shivraj had appointed two representatives in each ward of the city against the move of dissolving the parliament of Prime Minister KP Sharma Oli at Ward No. 1.

Similarly, the program was held in Ward No. 6 under the chairmanship of Ward President Ram Milan Chaudhary and District Member Hari Prasad Pokharel.

Meanwhile, a protest was held in Ward No. 9 under the chairmanship of Ward President Hari Prasad Shrestha and District Secretary Prem Bahadur Raimajhi.

Nepali Congress central member Abhishek Pratap Shah told the rally after the protest is against Prime Minister Oli’s to dissolve parliament which is unconstitutional.

The program has been held in Ward No. 10 under the chairmanship of Ward President Gopal Bahadur Raimajhi and District Member Humakant Khanal.

Congress leader and Committee member Ishwori Prasad Pandey said that there was an enthusiastic protest against Prime Minister Oli’s move in Shivraj Municipality.