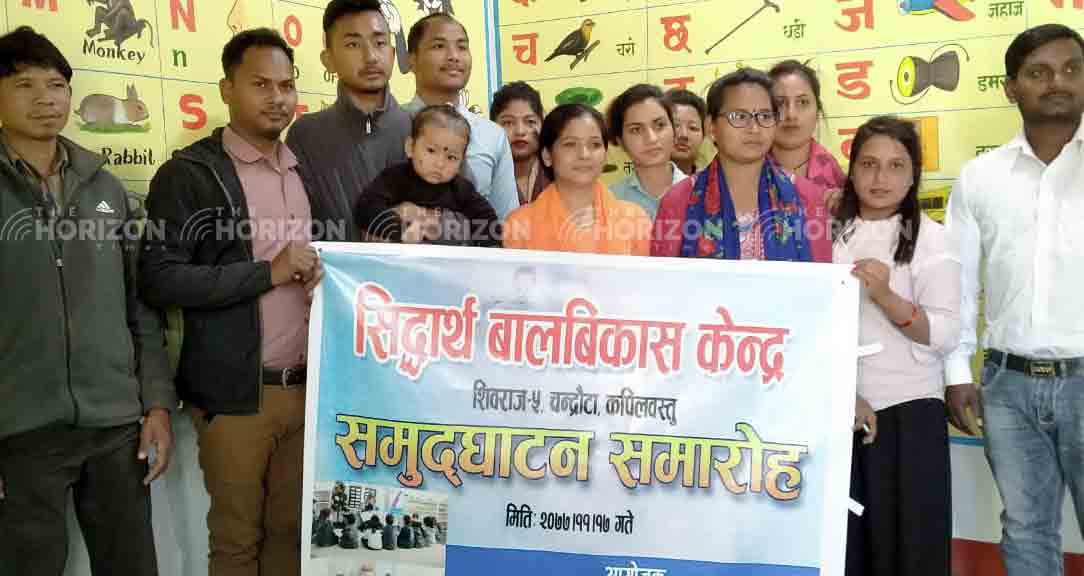 Inaugurating the Montessori, Deputy Mayor Tharu said that it is important to pay attention rather than operating many cells.

She urged the Directors to be aware of the future of the children before launching the sections.

Tharu also wished success to the Siddhartha Child Development Center, which has been providing quality services under the name of Siddhartha Computer Institute in Chandrauta for years.

Tharu urged the parents to enroll their kids to Child Development Center (Montessori).

He said that his family and friends also played an important role in achieving the goal.

He urged the parents to enroll their children in the Siddhartha Child Development Center and avail the service fee.

Expressing his commitment to provide quality services, Tharu said that the organization, which was operating under the name of Siddhartha Computer Institute, has now relocated to its new own location.

Stating that the children will be entertained in a peaceful environment and taught by skilled instructors, Tharu said that there is also an arrangement to bring the students from their own system.